Changing Times Calls For Sustainability On The Runway7 min read

Changing Times Calls For Sustainability On The Runway7 min read

Climate change is here and the impact of the change is being felt the world over.

A lot of these changes can be attributed to human activity, and the amount of resources we consume. While direct consumption patterns like burning fossil fuel, using unsustainable farming practices, etc grab attention, the impact of indirect consumption also needs to be considered. A Guardian investigation for instance, revealed that supermarkets in the UK generate over 800,000 tons of plastic waste every year. Online shopping is no better, with eCommerce packaging adding to the problem. The retail industry in particular has been going through a phase of self-reflection and invest in more sustainable practices.

As a very visible element of the retail industry and also one of the industry’s most profitable verticals, the fashion industry needs to be at the forefront of these changes. Designers, and design showcases have actively started using sustainability as a core element of their narratives. As more designers come to the fore, they bring with them genuine concerns surrounding the destruction of resources, and they believe in showcasing products that are eco-friendly, and conscious in every sense of the word.

Here’s a look at some designers, communities and fashion week events that are spearheading the charge for more sustainable fashion.

African designers have not had a dominant seat at the fashion table. The advent of eCommerce has helped change that deficiency. Many new African designers are today choosing to sell through their own labels. As a general trend, many African designers are adopting sustainable sourcing and production practices. From hiring local talent to keeping local craft alive, from using hand-dyed wool to producing every element locally, Africa is showing the world how it is done.

Africa has been facing the dangers of climate change in various ways. South Africa for instance, has been struggling with zero groundwater & an extended drought season. The continent is home to one of the richest mixes of flora and fauna anywhere in the world. From deserts and grasslands to rainforests and rivers, sustained, extreme impact on any of those resources is likely to negatively impact the continent and the world.

African designers are showing an increased awareness of this threat and appreciate the need for collective action in production. They encourage the use of materials that can be used with the least possible impact on their surroundings, and are generating awareness of how fashion can be used as a medium to share stories of sustainability, and eco-consciousness.

Interestingly, for last year’s Spring/ Summer show at the New York Fashion Week, cotton grown and handwoven in Nigeria, or sewn in Ghana was featured prominently on the runway, courtesy of Studio 189.

Typically, we begin to associate specific themes with every fashion week event. While Paris and Milan are known for high fashion, their New York counterpart has always been about edgy, more contemporary style.

The Venice Fashion Week due to happen in October 2019 is planning its entire showcase around the theme of slow fashion. October 23rd is to be known as the day of sustainable fashion. The event itself includes not just runway shows but workshops and talks with pioneers in the sustainable fashion movement such as Tiziano Guardini and Patrick McDowell.

While not the theme in itself, sustainability had its moment in the spotlight at New York Fashion Week last year. Chromat, REPREVE, and Collina Strada all made sustainability the topic of conversation through their NYFW presentations.

In her show notes for NYFW, Becca McCharen-Tran, Chromat’s designer, asked, “How important a consideration is sustainability in your fashion choices?”

Interestingly, fast fashion label H&M is considering similar questions as it tries to scale around sustainability- “can we source all of our cotton organically?”, “can we close the loop on recycling successfully?” are just some of the questions it continues to find answers for.

Back at NYFW, Mara Hoffman’s REPREVE won the Champions Of Sustainability award in a clear indication of where both the organizers’ and designers’ priorities lie in the years to come. Some detractors argue that this is just a mere fraction of what a platform like NYFW can achieve for such an important cause, but all beginnings must be made somewhere, and this is a good one.

Are brands doing this only to cater to millennials who, by their own admission, care more about the planet than their preceding generations did? While some cynics may argue that this is indeed the case, the truth is that a positive outcome is positive irrespective of what forces drove the result in the first place.

Collina Strada’s show was aptly called ‘Low Carbon Diet’ – a play on the very popular low-carb diet of our times.

The most attractive component for a consumer is genuineness, and the brand and its designer were both honest and upfront about the choices they made so far, and the ones they hope to make in the future.

Designer Hillary Taymour spoke about her use of plastic water bottles and how she prefers to order online, packaging et al., even though she could just as easily reach out to local stores. More significantly, she made a commitment to change her own individual habits first, thus encouraging others to follow suit.

About 75% of the collection showcased was made from fabric that would otherwise be considered deadstock- fabric dyed in the wrong color or simply not used in production the previous season. The beads used were sourced from Ocean 4, which cleans our oceans of their plastic waste and recycles them into other useful materials.

In a clear departure from the common perception around models, these models walked and drank water on the runway! Using reusable containers and bottles, they all made a case for carrying our own reusable kitchenware. Even the soundtrack was impactful- teen climate activist Xiuhtezcatl Martinez gave a moving speech that served as the background music. The young climate change advocate spoke about his experience with the UN General Assembly and how he sued the United States government over fracking.

In a final, silent message, pregnant models and models with young children walked the ramp to highlight the fact that every generation owes the planet to the next one, in pristine condition.

What made Collina Strada’s show really stand out is that for the first time, New York Fashion Week had an entire show centered around sustainability, and editors, frontrunners and consumers all took note. This has certainly paved the way for more designers to think of their own fashion labels and consider how they might be able to reduce the impact of production and consumption, one label at a time.

Off The Runway- Challenges And Solutions In Sustainability

One of the biggest complaints retailers have had about sustainable fashion is that its production is not scalable. We currently do not have the global infrastructure to grow only organic cotton, without making clothing in general too expensive to afford.

However, if anyone can solve the scalability issue, it is the luxury fashion designers. Unlike fashion in general, which caters as much to necessity as to preference, luxury fashion caters to a niche customer who gives the highest priority to value. Until now, the parameters for value have been the product’s performance, but today, sustainability ranks high.

In March 2018, the Vogue Australia edition titled ‘Designing Our Future’ hit the market with Emma Watson as its guest editor. Not a single eyebrow was raised- growing proof that as the audience for luxury fashion gets younger, brands also have to think about the values that they uphold.

While Collina Strada and Chromat may have been the first full expressions of sustainability on the runway, they certainly aren’t the first ones. In early 2018, Stella McCartney started showcasing ethical clothing and cruelty-free attire. Rag and Bone made good use of worn-out denim when in 2017, they launched a denim recycling program to convert old jeans into insulation material for homes.

All of this just goes to show that building sustainability into fashion endeavors is not just about manufacturing better but also thinking about what happens to the clothes that have passed their expiry date. Both consumers and designers have an equal stake in ensuring that sustainability is a success story and not just another forgotten trend.

Here’s Why Africa Is The Next Luxury Fashion Destination 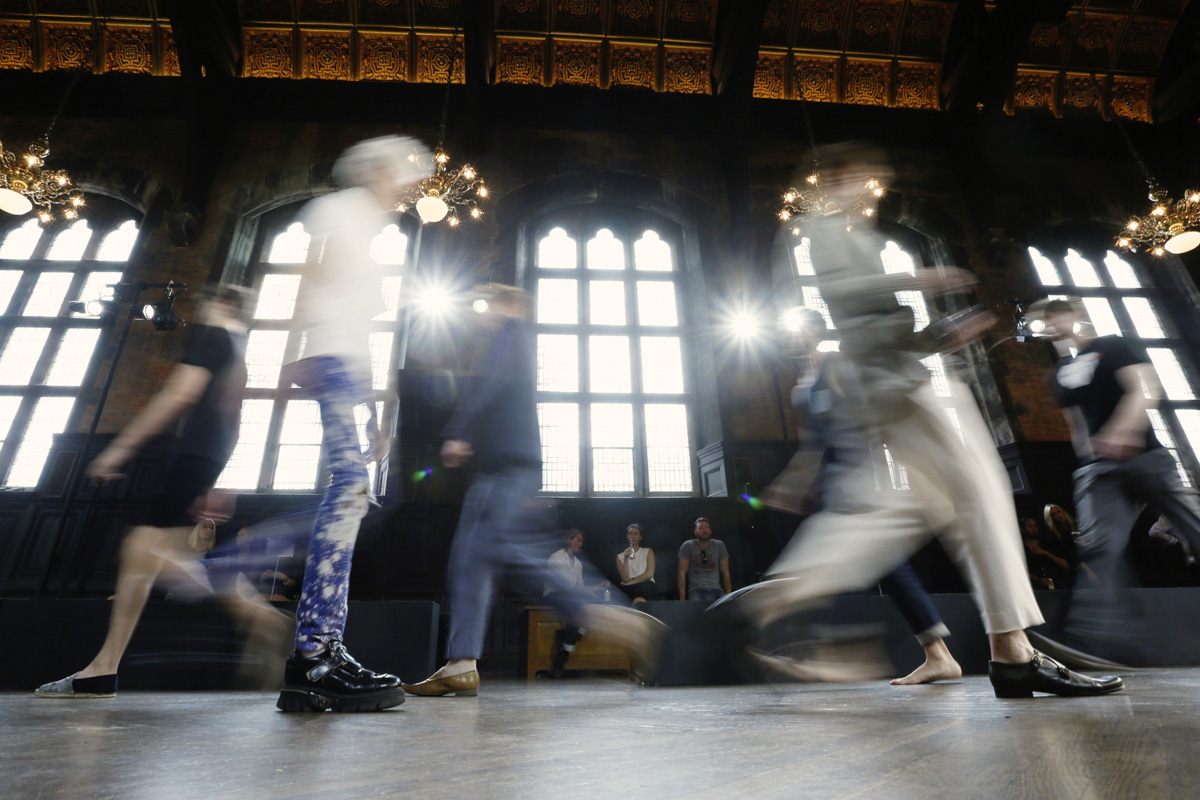