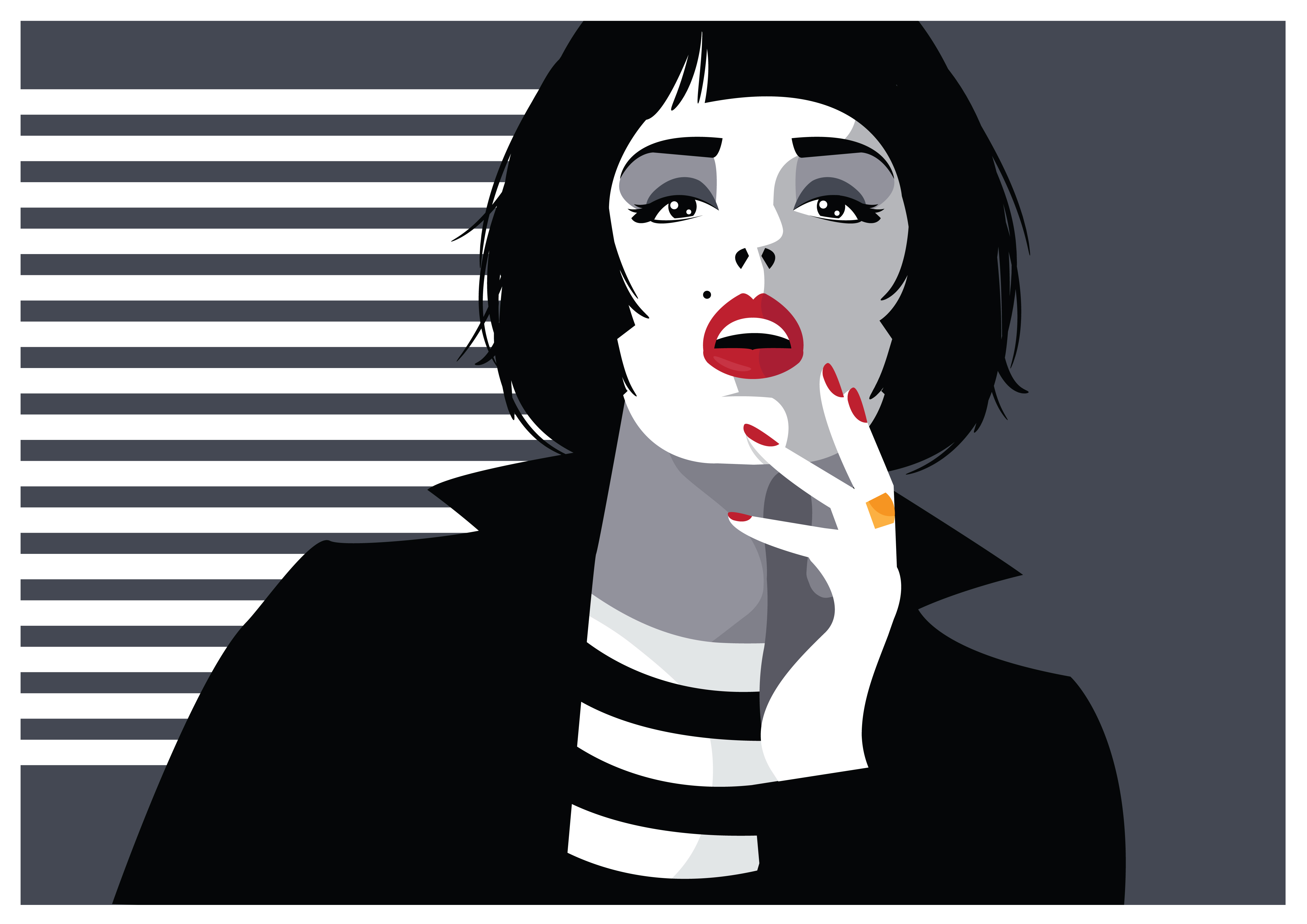 The behind-the-scenes movie of Dutch fashion designer Iris Van Herpen’s Shift Souls collection gives an impression that a giant art and science installation is getting ready to be unveiled by a team of scientists & artists. Be it the hypnotizing visuals of sheets and sheets of 3D laser-cut patterns being meticulously layered or witnessing an eye mask jewellery coming to life through high-resolution multi-material printer, the prep work for the collection she presented at the Paris Couture Week 2019  is a treat to watch.

But no one was prepared for the final show. People gasped in delight when models sashayed in wearing glow-in-the-dark-heels and voluminous dresses that floated like colourful clouds in Northern Lights sky! Taking inspiration from the paintings of NASA engineer-turned-artist Kim Keever, Shift Souls was all about expressing the future possibility of human-animal hybrids termed ‘Cybrids’.

“For ‘Shift Souls’ I looked at the evolution of the human shape, its idealization through time and the hybridization of the female forms within mythology. Specially the imagination and the fluidity within identity change in Japanese mythology gave me the inspiration to explore the deeper meaning of identity and how immaterial and mutable it can become within the current coalescence of our digital bodies,” Van Herpen revealed.

The young designer used a myriad of techniques to infuse movement into the eighteen looks that were part of this collection. The roomy and vibrant ‘Harmonic’ silhouette, for example, was achieved by hand pleating gradient dyed transparent organza into half-wheel plissé panels. The laser-cut surreal dresses in warm hues were complemented by 3D printed face jewellery ‘Cellchemy’ made in association with the Delft University of Technology. The cherry on the top were the plexiglass heels that reminded everyone of their childhood glow-in-the-dark-shoes.

Van Herpen shared that her first memory of fashion and clothing is dressing up in costumes that her theatre-enthusiast grandmother collected. “I think that is my first memory of feeling that transformation when you wear something else. You come into a story… like you feel you are going into history,” the designer said.

She also studied ballet and was passionate about it, which explains how dance and movements play such a vital role in her work. But when the love for fabrics, working with her hands, and painting overpowered her love for dance, Van Herpen decided to pursue fashion.

An ArtEZ alumnus, Van Herpen launched her couture label and first collection ‘Chemical Crows’ in 2007 after interning with Dutch textile designer Claudy Jongstra and British fashion designer Lee Alexander McQueen. McQueen who is famous for his theatrics and eccentricity on ramp walks could have influenced Van Herpen as she has been called ‘The Alexander McQueen of Tech Geeks’. 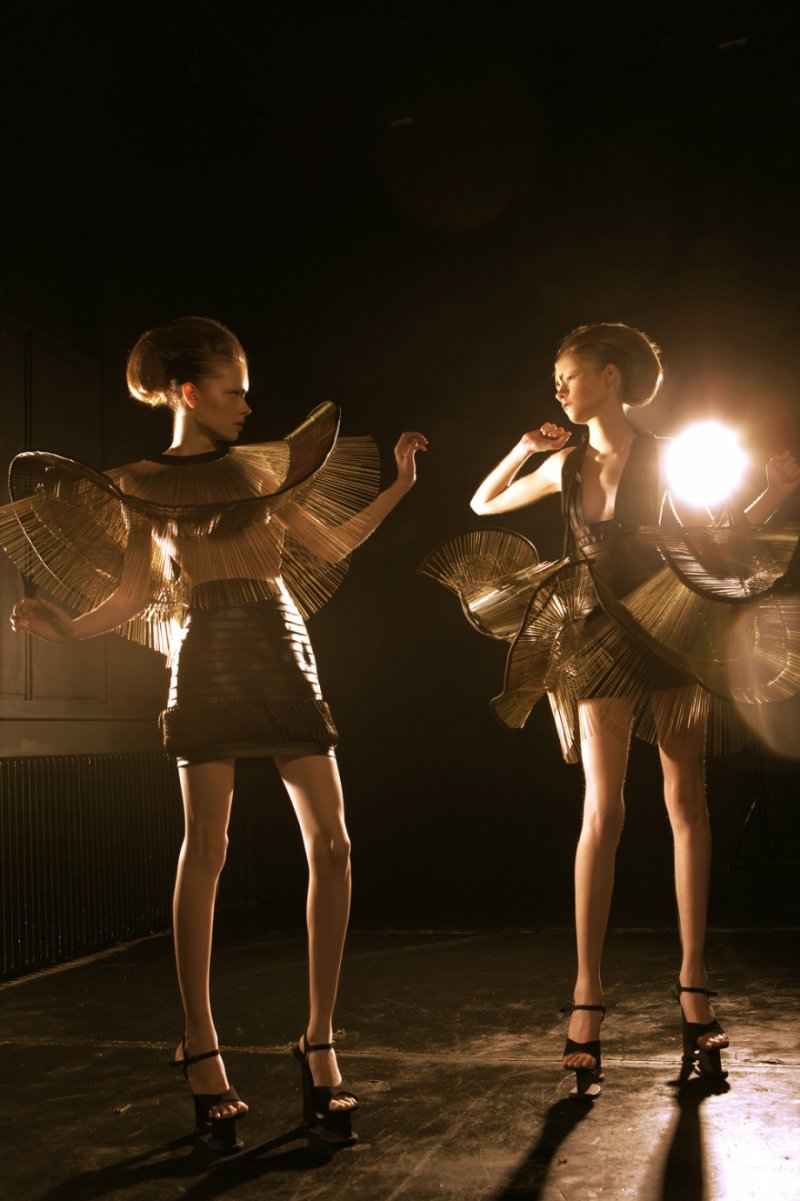 Right from her first collection, Van Herpen showcased her strength of turning abstract ideas into high-fashion and making it wearable, believable and chic. Chemical Crows was an ode to a group of crows that she often saw near her studio, black magic and alchemy, a subject that she was reading about at that time. She used 700 gold-coloured spokes of umbrella to create the movement of wings and feathers on dresses, which combined alchemy with crow symbolism.

Van Herpen married strong concepts with technology and collaborations at a very early stage of her career. Unlike other designers that work in isolation and focus on the individual identity & control, she believes in partnering with people from various disciplines for her couture collections.

Up until early 2010, the designer launched collections like Refinery Smoke, Mummification, Radiation Invasion, and Synesthesia that explored peculiar concepts. With ‘Crystallization’ in 2010, she started experimenting with technology like 3D printing.

Developed in collaboration with Benthem Crouwel Architects, ‘Crystallization’ presented water in different forms like ripples, splash, and jet. Made using polyamide, leather, acrylic sheets, fabrics, and silver chain, the pieces of clothing were unique one-of-a-kind. However, the highlight of this show was the 3D printed top that mimicked limestone deposits, created with the help of architect Daniel Widrig.

The first tryst with 3D printing reinforced her belief that printing and scanning technology can transform the fashion industry. From collaborating with architects that specialize in 3D modelling to creating 3D printed shoes that look like tree roots, she introduced technology to couture. 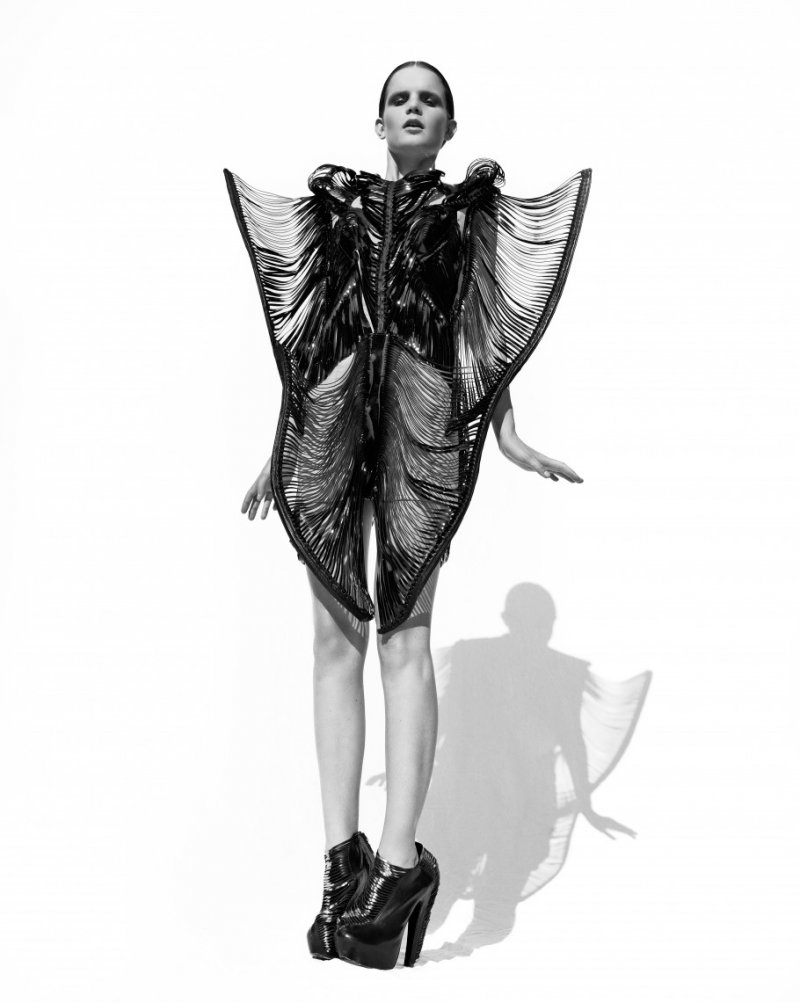 Van Herpen partnered with architect Isaïe Bloch for Capriole, a collection that celebrated the ‘feeling just before and during a free-fall parachute jump’. Austrian architect Julia Koerner assisted the Dutch designer during ‘Hybrid Holism’ and ‘Voltage’. Koerner is the same person who worked with Oscar-winter Ruth Carter to introduce 3D printing technology into the costumes of the movie Black Panther.

Recognizing the Power of Collaborations

In the list of designers who have been tinkering with high-tech, Iris van Van Herpen sits at the top. Haute couture is known as over-the-top and extravagant. But Van Herpen’s work is wearable high-fashion that celebrities choose to wear at other places besides the Met Gala. 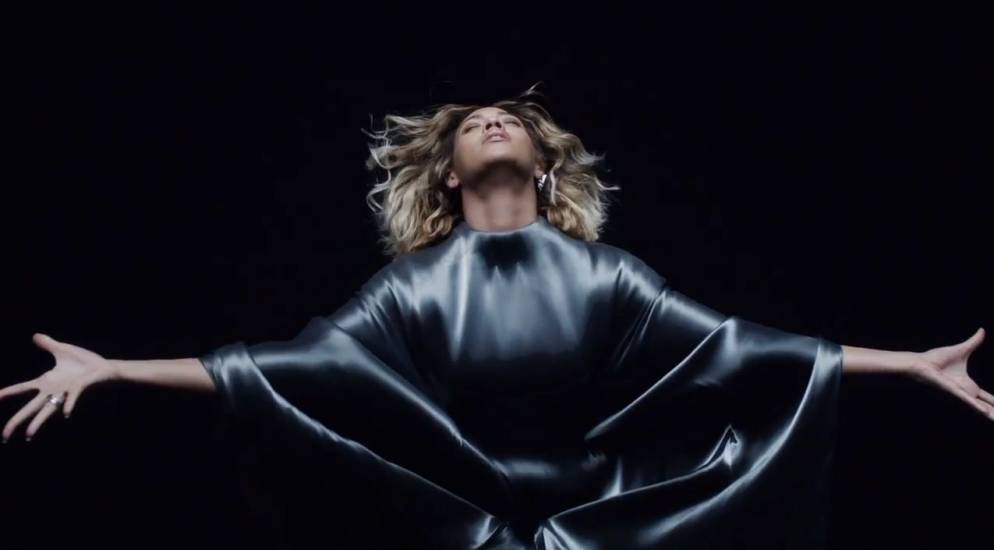 This was made possible through deriving inspiration from people outside the fashion industry and strategic collaborations.

“Making collections and creating fashion is really always big team of people that work together. And you can’t do it on your own. You can design something but it has to be made. And those people are just as important in the process as the designer itself,” affirmed Van Herpen.

Van Herpen has been pushing boundaries in every sense by stepping out of her comfort zone and working with people from diverse disciplines that are seldom seen on couture ramp walks. In just over ten years, she has launched more than 20 collections, each with a unique theme and a new set of subject matter experts.

For Ludi Naturae Collection, the complex aerial photography of artists like Thierry Bornier, and Andy Yeung served as an inspiration. Another artist, Peter Gentenaar helped to translate this inspiration into fashion by building floating installations that came alive in the background as the models walked.

While talking about what sparks inspiration, she averred, “Science, art, philosophy, dance, biology, technology and daily life; invisible things like radiation, electricity, energy, magnetism, matter. Inspiration is a matter of sensitivity. It is the ability to collect from the past, present and future as they shift past us simultaneously.”

More Than a Futuristic Label

Van Herpen is often regarded as a designer who has a futuristic vision; someone who is different from her peers who keep rehashing old fashion trends. And it is true, when we study her entire body of work. The young designer has explored a range of unconventional areas such as magnetism, kinetic energy and sound waves, without once revisiting the 40s or the 70s.

But she finds labels such as ‘futuristic’ and ‘high tech’ very limiting. And to everyone’s surprise, she wasn’t always interested in technology. In fact, the designer loves traditional craftsmanship and working with hand.

“When I was in the art academy, I was almost against technology. I just didn’t know anyway how to work with it. So I really believed that I can do it by my hand… I really don’t need that computer. I can do all the drawings by hand…The first two years that I started for myself, I mainly did hand work. Not even using the sewing machine that much. And then somebody introduced me to the 3D printing and also to company who does that and to an architect. And then suddenly my world opened up,” Van Herpen disclosed.

After this turning point, she opened up to technology and collaboration with other artists, which helped to shape the brand that it is now.

She calls her designs a blend of modern technology and traditional craftsmanship.  In an interview, she stated that people call her designs futuristic because they haven’t seen something like that before and hence, connect it with the future. But her work represents ‘the present’, not the past or future.

“Everything I make is possible today. So I reference my work much more to here now than to the future,” Van Herpen emphasized in the same interview. She believes that the future of fashion is technology as it would enable us to invent materials that can help to save the planet by reducing the environmental implications of fast fashion.