The Evolution Of The Fashion Icon Image 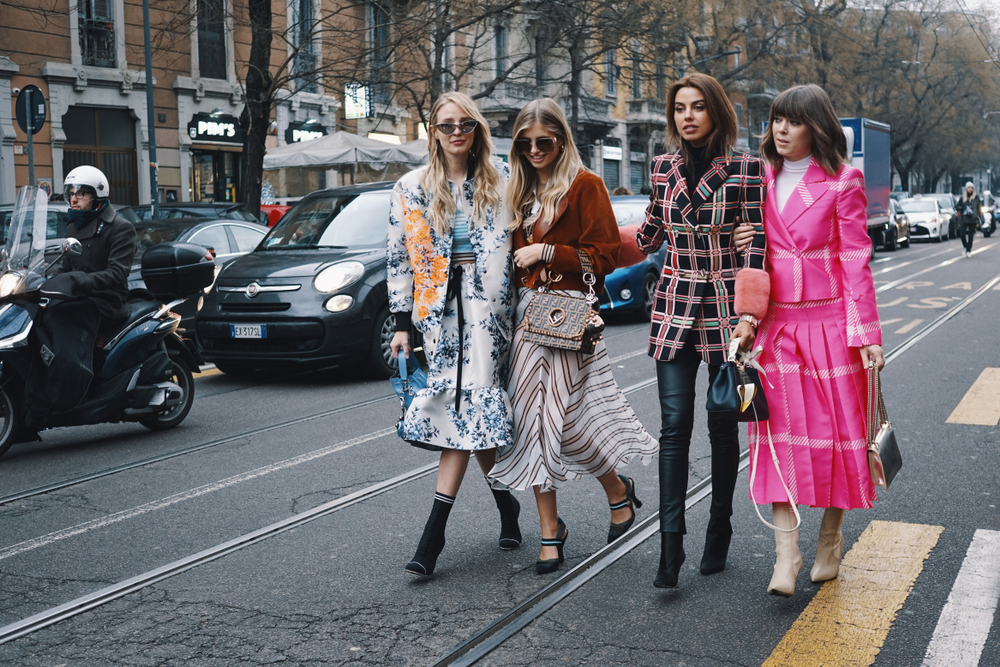 We often wonder how some brands crack intent and really resonate with the people, with more than just creative campaigns. When Rihanna launched her makeup line ‘Fenty Beauty’, the promotions took the world by storm. It forced other cosmetics brands to acknowledge the various skin tones and prepare products for them too, in order to stay in the competitive industry. You could say that Fenty Beauty influenced other established cosmetic brands to eventually release their own lines of inclusive makeup shades.

Today, when we speak of influence and fashion icons, we look to our favourite sports personalities, political figures, film, and pop culture icons, and more. In other words, we look for people who represent qualities that we admire, and we are, therefore, willing to emulate how they dress. This, in turn, makes them a fashion influencer.

It may come as a bit of a surprise, then, that this was not always the case. While we as a collective have always looked to fashion icons for inspiration, a significant portion of the narrative was driven by editorials and fashion magazines until very recently.

How has the idea of a fashion icon evolved over time? What factors have influenced this change? Most importantly, how does influence work, and has its nature changed over time?

Fashion Icons And The Effect Of Time

Fashion for convenience became a trend in the post World War I era. Until then, we had the steadily tightening corsets that caused several women to faint and the men to swoon, and this social order was considered perfectly acceptable. 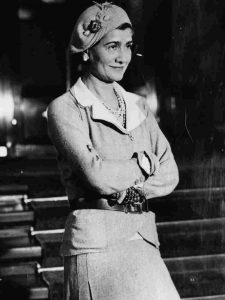 However, during the first world war, women discovered just how liberating trousers could be for manual work. Coco Chanel became the champion of this cause, and thus a fashion icon in her own right. She put women in fluid garments and jersey clothes that would allow them to work freely. Indeed, she also pioneered the Little Black Dress which is the opposite of movement and flexibility, but by then everything from her suntan to her shoes had become something to be imitated, resulting in the meteoric rise of brand Chanel.

Following through with the Little Black Dress was Audrey Hepburn in Breakfast At Tiffany’s. The movie, the dress and even the actor are considered iconic even today. Givenchy gets due credit for popularising that old Hollywood style that is as nostalgic today as it was trendy then.

The androgynous style of dressing that we take for granted today wasn’t always the trend, either. Back in the 1930s, a gown or a long overcoat was considered the most stylish piece that anyone could own. However, Jacqueline Kennedy became the people’s First Lady with her simple style of dressing that often brought home the pantsuits as much as the ballgowns. While at the White House, she famously restored it to reflect more of the American culture, making her a darling of the people.

Around the same time, Katharine Hepburn became the mistress of menswear. We’d even go so far as to credit her for the athleisure trend that is so popular today- her off-duty wardrobe was full of sportswear styles that she didn’t shy away from.

By the end of the 1970s, the economic downturn from the second world war was finally coming to an end. The economy was also being bolstered by the industrial revolution, which meant there was more cash to go around. During this time, it is no surprise that British Royalty became influential. At a time when the world became a global village, and people cared about what was happening outside of their hometown, Princess Diana became a global fashion icon. 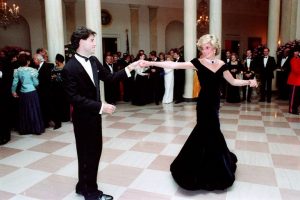 We cannot help but highlight here that the making of a fashion icon is as much a mark of the times as it is about their personal style. For example, Marie Antoinette was persecuted for her expensive hobbies, no more than a few hundred years before Princess Diana became a role model for women around the world.

The dawn of the nineties saw the rise of the supermodel phenomenon. The world had models, of course, but none who rose to meteoric heights like Kate Moss and Cindy Crawford. Here, the role of fashion houses and editorials is clearly at play. Designers like Gianni Versace played an active role in getting people to idolize the styles of these women from another world. At the same time, influence at the individual level became a thing with the rapid consumption of tabloid magazines. When Run-DMC stepped out in sportswear, the world followed, perhaps setting the stage for the streetwear movement.

The Fashion Icons Of Today

Today, we’ve grown more heterogeneous in our preferences than ever before. Luckily for us, we have quite a few fashion icons to look up to!

For those in the world of tech, Marissa Mayer has been considered a style icon in her own right. It also helped that she was one of the first women CEOs of a large tech company at a time when they were tough to come by. So, when she wore high-end labels and appeared on the cover of Vogue, she instantly becomes someone worth following. Her subsequent lack of sheen in performance may have dulled the spotlight a bit, though. 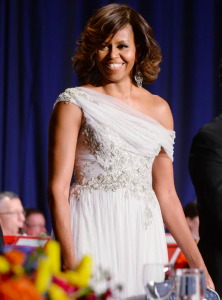 Another icon from the political sphere whose every move has been scrutinized is Michelle Obama. Luckily for us, she appeared in some lovely clothes during her time as First Lady, putting all that scrutiny to rest.

Platforms like Instagram have given everyday individuals a platform to express themselves through fashion and turned some of them into influencers. Both Kylie and Kendall Jenner were born into a generation that understands, even breathes, social media. They have been able to branch off from Keeping Up With The Kardashians and have built their own personal brand using social media and good brand associations. 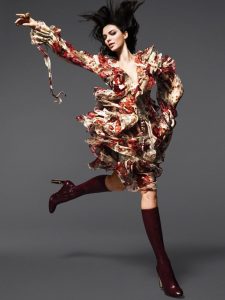 Gianluca Vacchi is a lesser-known name, but he also has over 10 million followers on Instagram. On his personal account, he talks about everything from fitness and tattoos to who he is hanging out with. Even twenty years ago, a fashion icon’s influence was limited to what they wore or what they did professionally, but today, we have the avenues and the means to follow them in every walk of their life.

In other words, a fashion influencer can also be a lifestyle influencer, meaning that we are willing to emulate more than just their clothing choices. This is a massive opportunity for fashion brands to also move away from a vertical narrative to a more diverse one encompassing more attributes that represent the brand itself. It is a chance to move away from the catalog-style shoots and advertising that were once popular, and to a broader expression, much like Glossier is doing with their style blog.

In The Public Eye

Being a fashion icon today is far more complicated than it ever was. With the constant scrutiny of the whole world, one slip-up is enough to result in a mighty tumble. There was a time when unruly behavior or being a bit too offbeat was even romanticized, but today, fashion influencers are judged and scrutinized for every choice they make- even the ones that do not strictly fall under the domain of fashion.

In the Crazy Rich Asians trilogy by author Kevin Kwan, the really elite crowd does their best to stay out of the newspapers as opposed to wanting to appear in every magazine in a custom-made Gucci. This is probably representative of a whole populace in itself. Being an influencer comes with its fair share of trouble. Plus, there’s also the fact that we have more fashion influencers today than ever before, and that in itself may prevent anyone from achieving the status of an icon.

What does the future of influence in fashion hold? We expect to see more personal blogs of fashion choices tending more towards the independent labels and local fashion. We will also see a rise in icons and people with power outside of fashion standing up for causes such as sustainability and transparency in the clothing they represent. Much like Serena Williams has done for Nike, the brand and the icon will begin to uphold and represent qualities that are close to their hearts.

There is also a revival movement underway. Many accounts on Instagram are today dedicated to recycled, upcycled, and heirloom clothing and accessories. We expect more celebs to jump on the bandwagon, talk about the clothes they wear when no one is watching, and put the spotlight squarely on fashion that respects its own evolution over time.