How did Depop get a cult following of 15 million active users? 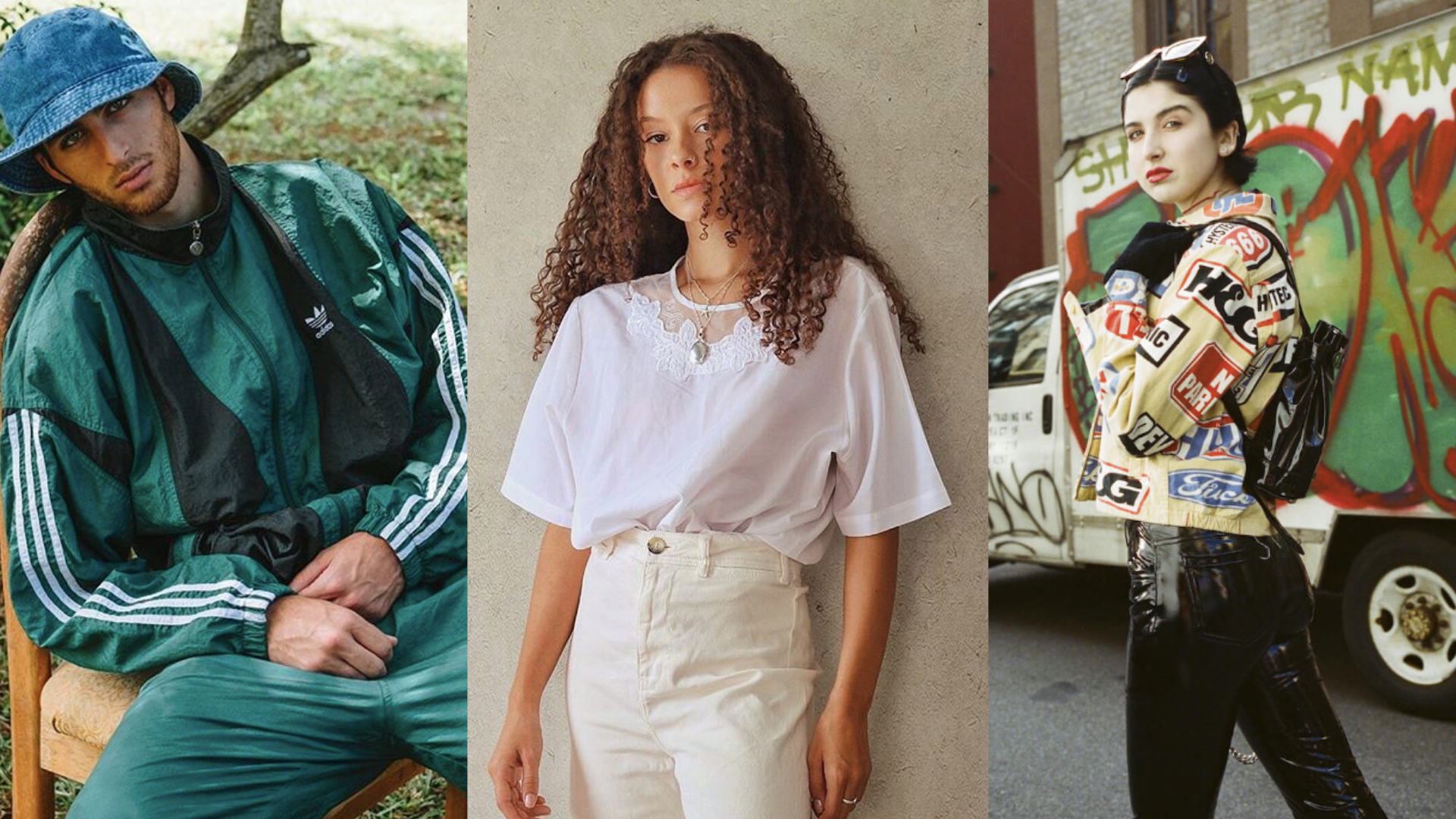 Online fashion resale marketplace Depop has over 15 million users – and the vast majority (90%) of them are under the age of 25! Considering that Gen Z’s influence on fashion is undeniable, the London-based social shopping platform’s user base is an object of envy. Founded in 2011 by Italian entrepreneur Simon Beckerman and officially launched in London in 2013, Depop’s GMV since its launch is $500 million with 100% YoY revenue growth.

Through its young users and the way they engage with them, Depop has been able to set itself apart from the competition. Customers and entrepreneurs listed on the platform describe it as a modern day blend of a thrift store, an online marketplace and an Instagram-like shoppable social platform. Nearly, 140,000 items are listed on the app every single day and 19 million products are up for grabs at the moment! This has primarily powered Depop’s rise in the resale industry and also helped them gain investors’ attention. Over the last seven years, the company has raised over $100 million – the latest being series C funding round of $62 million led by General Atlantic in June 2019.

“The next generation of young people want an experience the fashion industry is struggling to provide. They want authenticity and to set their own trends. They’re influenced by real people. They want choice and individuality, the ability to buy on demand and sell on with ease. At the same time, they want to reduce waste. Depop is set up to meet these changing demands. We exist to empower the next generation to transform fashion… Over the past 18 months, our growth in the US has been almost entirely organic, driven by the community of creative young people on Depop,” affirmed the company’s CEO Maria Raga.

The social marketplace’s inspiring journey from Roncade to London, Milan, Los Angeles, and New York is the definition of entrepreneurial success achieved through the use of insight-driven customer experiences.

Behind the thriving Depop community

Depop’s founder, Beckerman, has always been passionate about art and design. In the early 90s, he dabbled in music and graphic designing. In the late 90s, along with his brother Daniel, he started a publication company that published PIG Mag – an independent fashion design, music and lifestyle magazine. The idea was to present all the greatest and rare finds of the Internet, be it technology they discovered or new designs in fashion and distribute it in the form of physical copies. From only six subscriptions it soon began churning 30,000 subscriptions every month.

In 2007, the brothers started their sunglasses company ‘Retrosuperfuture’, which is now run independently by Daniel Beckerman. The company focused on building a great product & designs and relied on unconventional marketing strategies to increase brand awareness instead of spending money on paid promotions. This was the time when social media and influencers weren’t as big as they are now. The idea to promote organic growth worked and celebrities like Kanye West, Virgil Abloh, Katy Perry and Rihanna were photographed wearing Retrosuperfuture’s sunglasses.

Depop is the natural extension of the magazine and sunglasses businesses.

“I was trying to find out a new revenue stream for the magazine… So I started designing a marketplace. The idea was to do a creative place, where we could feature all the cool and up-and-coming brands that we used to feature in the magazine. Not many websites were selling these brands at the time,” Beckerman shared. As time went by, this idea of creating a digital replica of the magazine transformed into an e-commerce market designed as a social network platform.

He added, “Being the geek I was and having studied art school industrial design, I decided to try designing an app myself. I knew apps were gonna be the thing. This was the end of 2010; Instagram had just come out… This is how Depop came out. I designed it to be a social network because I saw that this was something that was coming up… It was more or less a social interactive way to buy and sell.”

Beckerman worked on the app design for a couple of months before deciding to build a business around this idea. He faced no problem in raising funds for building the prototype and hiring the team for that. The team worked on the prototype at the Italian incubator H-Farm’s technology campus for a year. The Depop app was first tested in the Italian market in the summer of 2012 and the refined version was floated in the UK in 2013.

Depop’s users are the trendsetters

With social experience at its heart and machine learning at its core, Depop scores high in the customer engagement department. The company has designed its app to match the needs and comfort of its young users. The barrier to entry is incredibly low, the selling fee is reasonable (10% as of now), the sign-up process is simple and payment is processed through PayPal, a platform that is widely used by millennials and Gen Z. Sellers and shoppers also benefit immensely from Depop’s data and AI-driven algorithms and filtering tools.

In addition, it also fits the current narrative of fashion that favours a sustainable wardrobe along with a redefined sense of ownership. From limited edition pieces to vintage pieces, from pre-loved fresh designs to one-of-a-kind niche designs, Depop’s smartly-curated interface delivers unparalleled customer experience. Therefore, it comes as no surprise that its 15 million users include celebrities like models Emily Ratajkowski & Chiara Ferragni, Game of Thrones-actress Maisie Williams, singer Lily Allen, and queen of burlesque Dita Von Teese.

The company’s strong community of fashion lovers has also given birth to many trends and fashion start-ups. Tianah Jones, a 25-year old entrepreneur from London started her sunglasses business from Depop. Her brand’s celebrity clientele includes Beyonce, Billie Eilish, Millie Bobby Brown, and Kaia Gerber. Jones isn’t alone. As young as 13-year-olds are selling clothes on the resale marketplace and some are making a six-figure income.

The company was able to become a launchpad of many creative businesses because investing in the community and the shopping experience is Depop’s priority. And they do it with the help of data and AI. The social shopping app is mindful of how to use data in the decision-making process.

At the R-VUE conference held in London in November 2019, the company’s CTO Remo Gettini asserted, “We use data for our business decisions but ultimately, the usage of data has to manifest into reaching the lifestyle of our customers.” (Watch Remo Gettini talk at the R-VUE London conference here)

The company’s commitment to truly understanding data is quite visible in their analytics team that has an anthropologist on board. It is also visible in its future plans.

.@depop sellers like @yellabambi and @noahcyrus are donating part of their sales to charity for #GivingTuesday https://t.co/HwPadY8Efh

On expanding Depop’s reach across the world

Depop aims to use the $62 million funds not only for physical and digital expansion but also to grow its engineering and data science teams.

The company’s expansion into physical retail also speaks the language that young consumers can relate to. Through its pop-up shop events across the globe, the buyers and sellers’ community get an opportunity to experience Depop in person. The company, which already runs two brick-and-mortar stores (New York and Los Angeles), recently launched its first UK pop-up store in Selfridges.

These stores also serve as a space for physical meet-ups, where top sellers conduct workshops and exchange ideas with other sellers. While talking about the need for physical meet-up spaces, Raga explained, “We realized we had a lot of events and a very active community who were already doing multiple meetups. Why not have spaces when they can get together?”

The company also expanded its online reach by launching the marketplace app in Australia. Besides investing in personalization tools and physical & online expansion, Depop is also banking on brand collaborations with big and niche labels like Ralph Lauren, Brian Procell, Delawess and Lil Miquela.

“They inspire and educate our community. The collaborations are an opportunity to conceptualize the trends we see culture and community shaping. In recognizing their interests we can create exciting campaigns and experiences and allow for a dialogue to travel beyond the app. We strive to stay connected to our community and what is relevant to them but also excite them with something new and unexpected,” Raga stated when asked about the relevance of these collaborations and its place in the Depop community.

In the age of distraction, building a community of 15 million users organically through word-of-mouth marketing strategy is an impressive feat. Depop’s success proves that the resale industry has a strong growth trajectory, the correct use of data can transform businesses and the younger generation is changing the rules of the fashion industry rapidly.