How Brands Adapt To Holidays And Win The Shopping Season

In the age of globalization and digitization, the holiday season is no longer restricted to geographical boundaries. On one hand, retailers have access to consumers from across the world, courtesy e-commerce, smartphones, and social media. On the other hand, the physical and virtual migration of consumers has led to the formation of one global world with a global holiday season.

We have buyers from France and Spain celebrating Alibaba’s Singles Day. And then we have luxury lovers from Shanghai and Beijing shopping US brands during the annual Black Friday sale. As a result, online retailers, e-commerce marketplaces and brands of all sizes with global presence need to have a customized strategy in place to adapt to the holiday and seasonal shopping season spread across the year.

If we look at the holiday calendar of the world, the last quarter of the year appears to be crowded with festive and celebration days. Be it in the US, the UK, the rest of Europe, Australia, North-East Asia or South-East Asia, the months starting from October until New Years is packed with holidays. Thanksgiving Day, Cyber Monday, Black Friday, Diwali, Singles Day, Christmas and New Year are a few of the festive days that contribute to the retail industry’s holiday season revenue. Another peak comes in the middle of the year during the month of Ramadan.

E-commerce companies and traditional retailers with online presence realize the importance of multicultural marketing. The easiest way to connect with millennials and Gen Z is by personalizing the messaging and 0ffering of the holiday campaign. It is highly imperative to either differentiate it from region to region or make it as inclusive as possible. The key is personalization, irrespective of the approach. 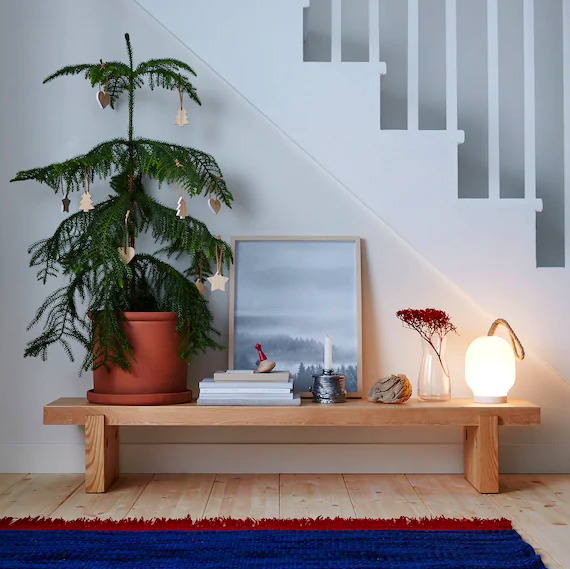 As traditionally Chritsmas is viewed as a ‘winter holiday’, the products and themes are usually centered around the ‘snow’ elements and red/green color palette. Ikea acknowledged the fact that Christmas is celebrated across the globe and not everyone might be able to relate to the winter theme. Therefore, the brand roped in Swedish, Kenyan, and English designers to develop Varmer.

Mette Nissen, the creative leader at Ikea shared, “We were curious to see what we have in common and what separates the way we spend the winter holiday season in Kenya and Sweden. It turned out that it doesn’t matter whether you live in the Northern or the Southern Hemisphere—we do pretty much the same things. We eat, we play games, we hang out together.”

“As the world becomes more multicultural, I think we’re all celebrating our holidays in different ways,” asserted Kenyan designer Naeem Bivji who co-designed the Ikea collection.

Varmer features pieces that evoke the feeling of community – the predominant sentiment during the holidays. The collection ditched red and green for a neutral color palette that would stay relevant throughout the year. Be it the table, utensil or chair, the underlying idea of the collection is to encourage people to spend time together and exchange stories. Made from sturdy materials, such as wood, wool, jute, and recycled aluminum, the pieces are full of character and are built to last. From avocado-shaped nesting bowls that were a Kenyan influence to pitchers for mulled wine that emits the England vibe, from Nutcracker-inspired biscuit cutters to the puzzle-inspired home decor pieces, Ikea infused influences from different countries into one cohesive and diverse collection.

With this holiday collection, Ikea was able to capture the attention of a wide audience and personally connect with them through the timeless and functional designs.

Embracing diversity reflects the power of nostalgia and emotions – a winning combination for retailers, especially around the holidays. While Varmer reflects how brands can tap into emotions at the product development stage, the same strategy can be applied during the marketing and promotional stage.

Take, for instance, Ikea’s holiday campaign – The Other Letter – specially designed for its Spain market.

Ikea Spain released this winter campaign in 2014. It featured ten families who were invited to participate in a heart-warming experiment. The kids were asked to write a letter addressed to their parents with an answer to, “What would you ask your parents for this Christmas?”

The long spot conceptualized by the brand tied the idea of spending quality time with family to their product line and functional designs in an organic manner. This campaign became an instant hit on the Internet and enabled Ikea Spain to increase user engagement on a global scale. 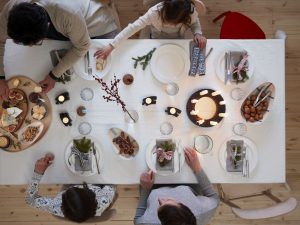 Holiday advertising is a different beast when it comes to increasing engagement around this time of the year. Concepts and stories that are authentic, emotional, positive and transformative have the power to change a brand’s fortune. The success and legacy of John Lewis’ ad campaigns are proof of it. It started in 2007 with ‘Whoever You’re Looking for This Christmas’ spot. 12 years later, people still look forward to the UK-based high-Joe Mackay-Sinclair, founder and executive creative director, The Romans attested, “Every Christmas, the U.K. collectively waits with bated breath for the John Lewis spot, and subsequently races to Twitter to analyze, deconstruct, and answer the question, “But was it better than last year’s?”

In the age of social media, campaigns can generate pre-holiday buzz and increase traffic at all omnichannel touchpoints. It helps to cut through the noise of 10,000 ads and reach out to potential buyers.

And the earlier you start the promotions, the better, according to Adroll.

“While October is arguably the best time to start running your campaigns, this doesn’t mean that you should skip out on November and December altogether. As we look at how the average click-through rate (CTR) changes for

customers from August to December, we can see that your most engaged traffic will show up later in the year,” the Adroll report stated.

Ikea took a step further by announcing not only its promotions but also the holiday sales two weeks in advance with ‘Make Room for Celebration’ sale.

John Lewis and Ikea choose to release emotional campaigns, but not all brands rely on this line of thought. With a little creativity and honest intentions backed with solid actions, you could give birth to an idea that would strengthen your global brand awareness. The way American retailer REI struck gold with ‘Opt Outside’, which the company rolled out ahead of Black Friday sale.

As part of the #OptOutside campaign, the retailer kept its shutters closed on Black Friday and instead urged buyers to step outside and spend time in the outdoors. Over the years, the essence of this story evolved as it traveled from one US state to another. Like in Washington D.C., Opt Outside transformed into United Outside, to unite people amidst divisive politics. During Thanksgiving, the company partnered with Edelman to distribute freeze-dried holiday leftovers with the help of hiking & biking influencers.

Although the intention of this campaign was never to be a temporary stunt to increase sales, the company witnessed a huge jump in membership. Opt Outside resonated with customers, employees and other brands who have joined REI’s initiative.

This fresh perspective allowed REI to stay relevant in the diverse US market, be it New York or Washington. When brands and e-commerce companies employ unique ideas and marry them with personalization, devising strategies to win the seasonal shopping season becomes a cakewalk.

Heineken, for example, decided to celebrate the imperfections of festivities in 2019 as part of its Asia-Pacific (APAC) expansion plan. The brand rolled out ‘Holiday Troubles’ in China, India, Japan, Laos, New Zealand, Papua New Guinea, South Korea, and Vietnam.

“With the many diverse festivals and rituals across so many markets, creating one ‘festive’ campaign is challenging. Thankfully, mishaps happen in every culture; they’re the oldest tradition of all. Dispelling the myth of perfection and bringing a bit of levity to proceedings is the perfect role for Heineken,” stated Ed Booty, chief strategy officer, Publicis Communications, APAC.

Owing to the complex nature of the APAC region, Heineken made a smart move by focussing on the beauty of imperfection and distinctiveness. This is one of the fastest-growing markets for the e-commerce industry, the luxury industry, and fast-fashion brands. Therefore, it is no surprise that when it comes to the seasonality of sales during the holiday season, this geographical zone poses major challenges.

For instance, Ramadan (not Christmas), is the biggest festival in South-East Asia, the Middle East, and North Africa. And in China, Singles Day and not Cyber Monday is the biggest shopping event.

During Ramadan, there’s a 40% increase in app installations, a 30% spike in conversion rates and e-commerce transactions witnesses a surge of 35%. The browsing activity drops down during the daytime (fasting period) of the month but climbs up during nighttime. And mobile platforms win hands down, compared to desktops. Although, customers like the freedom of browsing on all kinds of devices, so omni-channel strategy has to be kink-free.

As for Singles Day, it was the world’s biggest shopping event for a reason.

Besides becoming a home to international brands, the ecommerce company has spread the joy of Singles Day in other countries such as the UK, Turkey, Poland, France, Spain, and Russia through AliExpress. 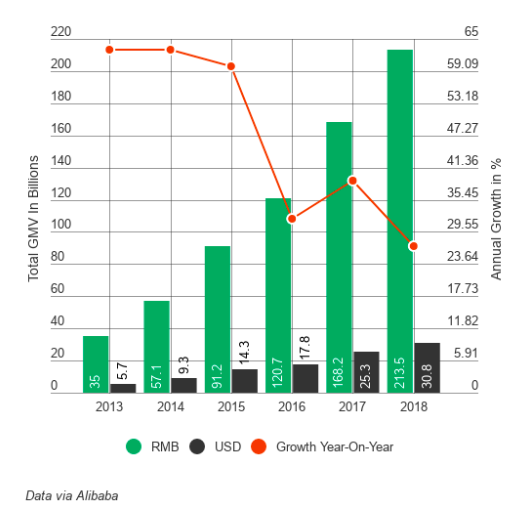 The Mckinsey report revealed, “Singles Day fanned out across the globe, with multinational e-commerce sites offering big discounts and doing heavy promotion for the shopping event… Lazada, which is approximately 91 percent owned by Alibaba, featured Singles Day in Singapore, Malaysia, Thailand, Indonesia, the Philippines, and Vietnam, and saw its initial sales during the first hour of Singles Day grow sevenfold over last year. Shopee, the leading online shopping platform in Southeast Asia and Taiwan, grew its total customer orders on Singles Day by 4.5 times. In Europe, AliExpress partnered with El Corte Inglés department store to create more than 2,000 click-and-collect pickup locations, including pop-up stores. This year, AliExpress’s total sales on Singles Day were up 40 percent.”

Be it the impressive numbers of Alibaba’s Singles Day to the crackerjack inclusive campaigns of Ikea, both sides mirror the reality of today. As stated earlier, the holiday season is now a global event which requires ecommerce companies and brands to stay adaptable throughout the year. Whether it is personalizing the brand messaging or partnering with other companies to reach a wider audience, the easiest way to win holidays is by thinking globally, and acting locally.