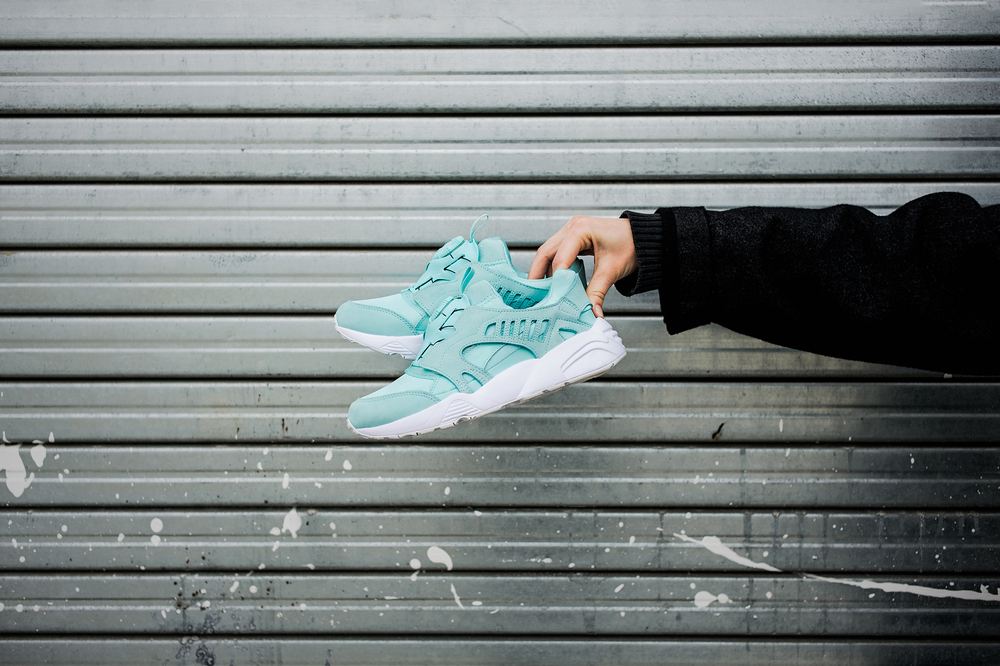 Kanye West was known as a Grammy award-winning rapper, writer, record producer and the one who grabbed the microphone from Taylor Swift, up until 2015. Then West’s Yeezy Boost sneakers came out in October 2015, made in collaboration with Adidas. Since then, West is known as an accomplished rapper who has built a footwear empire.

West’s fame definitely played a huge role in making Yeezys the most coveted pair of sneakers. Just like other celebrity-brand collaborations, Yeezy had all the elements to become a runaway success – exclusive, cool, quirky and a famous name attached to it.

But it is safe to say that sneakers now have a life of its own, thriving independently and taking over the footwear industry. The athletic footwear market is expected to be worth $95.14 billion by 2025 at 5.1% CAGR.

Does a celebrity name boost sales? Yes, of course. But are celebrities the only ones that are fuelling the growth of the sneaker industry? No! Why else Nike’s React Element 87, a sneaker developed minus any creative collaboration with a known face, would be crowned as 2018’s Sneaker of the Year?

The credit goes to the sneakerheads that have redefined the luxury world and have given the humble sneakers a cult status. Much like how comic nerds that gather every year at Comic Con have the power to make or ruin a film’s box office, sneaker nerds have transformed functional street-wear & sportswear shoes into a luxury fashion accessory. We are now seeing the rise of a new generation of luxury consumers that have brought the love for their kicks and the culture it represents, from streets to ramps.

How, when and why did sneakers stop being just a shoe and became a cultural touchstone?

From tennis courts to streets

One of the oldest and most famous names, Converse made sneakers cool and popular with the introduction of All-Star basketball shoe in 1917. These classic rubber soled shoes (thanks to Charles Goodyear who created vulcanized rubber) were first a winter staple and then training shoes for tennis.

The fate of Converse changed when basketball player Chuck Taylor set his eyes on them. A good player and an even better salesman, Taylor teamed up with Converse in 1921 to sell, promote and endorse these shoes. It was Chuck who suggested changes that would help to improve All Star converse shoes’ flexibility and support. As a result, they were later known as ‘Chuck Taylor All Stars’. Appeal of these high-top sneakers with a star patch on the ankle refuses to simmer down.

50 years later in 1971, Nike’s – which is one of the major players in this category – co-founder Bill Bowerman got inspired by the grooves of a waffle iron to develop its first running shoes. The 70s marked the beginning of an era that would be dominated by the sneaker culture popularized by basketball, hip-hop and the entertainment industry. It became a symbol of indulgence for the low-income groups from the Black and Latino communities. Kicks paired with baggy pants, loose t-shirts, and hoodies soon became an unofficial cultural dress-code, specifically in the African-American culture. This trend reached its peak when the Air Jordan was released 1984. As a result, street-wear were (and is) all the rage!

When Sneakers Evolved into a Culture

It started as a trend that mimicked the lifestyle of famous rappers like LL Cool J in his Air Jordan I, and Doug E. Fresh in his Bally Competition. The boroughs of New York, be it Brooklyn or Queens, had a distinct style that revolved around the community that lived there.

It was only time before big corporates rushed to bottle these style trends, produce it in huge volumes and sell it to the masses. In the 90s, Prada introduced its luxury sneakers, which was aligned with the new trend of designer sneakers. From functional affordable street-wear, it was turned into luxurious range of footwear that came with expensive price tags.

This was the time when NBA had implemented a dress code, which in turn transformed sports stars into fashion icons that graced the cover of many magazines. Every designer brand had its own sneakers that were launched in collaboration with athletic and non-athletic celebrities.

As the conversations around culture appropriation, individuality, community and authenticity picked up the pace, new-age sneaker designers and entrepreneurs transferred the power back to the sneakers from the streets, before taking the high-fashion route again. But this time it happened with the roots firmly planted on the ground.

Enter the likes of Kith, Supreme and High Snobiety.

The Shift in Business Model

Traditional sneaker business model worked like any other vertical of a fashion industry, i.e. brands employed their internal teams and set of designers to come up with new designs. Then came the phase of collaborating with celebrities like Michael Jordan, Kanye West and Chuck Taylor, which still is a relevant strategy. Kanye West & Adidas’ collaboration for Yeezy 700 Mauve launch and Virgil Abloh’s Off White partnering with Nike for The Ten are two of the many recent examples that showcase creative partnerships between athletic sneaker brands and celebrities.

However, now is the age of launching collaboration collection with independent footwear designers, who know how to celebrate the history of sneakers and imbibe the essence of the culture associated with it.

Kith, sneaker designer Ronnie Fieg’s New York-based retail store is an excellent example of this shift of trend. It perfectly illustrates today’s sneaker industry business model and how engagement has a new meaning for retailers and consumers.

It is time to recall the statement mentioned at the beginning of this article that talks about how sneakers have a life of their own. Brands like Kith are run by footwear designers that partner with brands to create a unique collection, which customers wait for with bated breath. ‘Limited Edition’ is the primary keyword of this model. For instance, Kith launched its Tommy Hilfiger x Timberland collaboration collection on 31st December 2018. In less than a week, the GTX Super 6 boots of the collection priced at $260 were sold out!

Fieg started working at David Z stores, a New York-based footwear retail outlet at the age of 13. At David Z, he got a chance to interact with high-profile rappers like Diddy, Jay Z, Notorious Big, and Missy Elliot. While working there, he secured a capsule collection with ASICS. Michael McLaughlin, Key Account Executive at ASICS gave him the opportunity to pick any shoe from old catalogues and redesign it. He made 750+ pairs, which sold out in 2 days after being featured in the Wall Street Journal! No big names attached to it, no known face asking customers to buy it, yet the 756 shoes flew off the shelf in two days. That’s how big the sneaker game has become. And the contribution of shoe designers like Kith’s Ronnie Fieg can’t be underestimated.

The formula for success of this model is – exclusivity. That serves as the bedrock.

“I wanted to build products for people like me, who are into special projects and special products that are limited. You know, so that they can be different,” Fieg revealed while talking about how Kith came into existence.

When ASICS allowed Fieg to dig through the archives of their old catalogues, he chose the discontinued shoes of his childhood, which he loved – ASICS GEL-Lyte III from the early 90s. The intent was to anticipate and reintroduce a design that the customers had loved in the past and might love it again. There was a huge risk involved, but it paid off as mentioned above.

Talking about unique experiences, the sneaker company’s cereal bar ‘Kith Treats’ wins hands down. It is one of the most creative and quirky strategies ever designed by a brand. Just like ASICS GEL Lyte sneakers, nostalgia was also the theme of Kith’s collaboration with Cap’n Crunch.

The vibe and culture at another New York-based street-wear store ‘Supreme’ is the stark opposite of Kith. While Kith’s atmosphere is relaxed and inviting with 24 types of breakfast cereal, 5 types of milk and 25 toppings, Supreme’s atmosphere is cocky, and intimidating. But that’s the effect they were looking to infuse into their stores; the smug set-up is deliberate. That’s Supreme’s brand identity, which has worked for the company.

Supreme’s founder James Jebbia elucidated, “The staff would come out with the cocky attitude, but everything always looked really good. It was very precise, and we were smart enough and proud enough to be like, “Yeah, we have got good stuff and we are going to treat it well.” We aren’t doing much different now; the people that worked there, they were the ones that really helped establish what we are.”

Supreme has focussed on making a great range of products, tailor-made for its target group – skaters. The confidence that comes with having superior product in inventory enabled the brand to adopt a tricky in-store retail strategy. And, it worked!

On the other hand, the existence and popularity of High Snobiety is also a proof of the changing times. Who would have thought that a blog that talks about the ‘best sneakers of the year’ and dissects every part of a shoe would receive 500 million impressions and 8 million unique visitors every month? Started as a blog in 2005 by David Fischer and later joined by Jeff Carvalho, High Snobeity is now a platform to discover the stories hidden behind street-wear and sneaker brands. The blog documented the amalgamation of street-wear & luxury fashion and traced the rising popularity of sneakers.

The aim of High Snobiety was to help customers make an informed purchasing decision by carrying detailed reviews of products. But soon retailers and brands realized that the impact of the blog on actual sales can’t be ignored. This encouraged the company to launch its production agency in 2016.

Carvalho shared, “If we look back to the roots of what Highsnobiety was as a blog in the beginning, we were very focused on product. At the end of the day, there’s a reader who comes to us only to shop and this is the solution for them.”

Kick in the Wallet?

From shoes for the low-income group to a luxury product that can come with a price tag of $2000-3000 dollars, sneakers have come a long way. The jump from affordable street-wear to high-end luxury footwear was made possible by building a culture around it through strong narratives, aspirational fantasies, technology, and star backers.

With Nike announcing its plan to launch moderately priced flagship kicks between $130-160 in 2019, other brands might join the bandwagon too. However, if we look at the ‘sold out’ labels at most exclusive sneaker stores, then the future of the industry looks positive. Customers are willing to pay premium price for shoes that are worth their money.

As a retailer, it depends on your brand identity as to how you could provide value to your customers. You can choose to design a shocking-but-unique identity like Supreme, engage customers through personal connection like Kith, revise pricing strategies like Nike or bring star power like Adidas. The end goal should be to maintain exclusivity and offer personalized product/service.